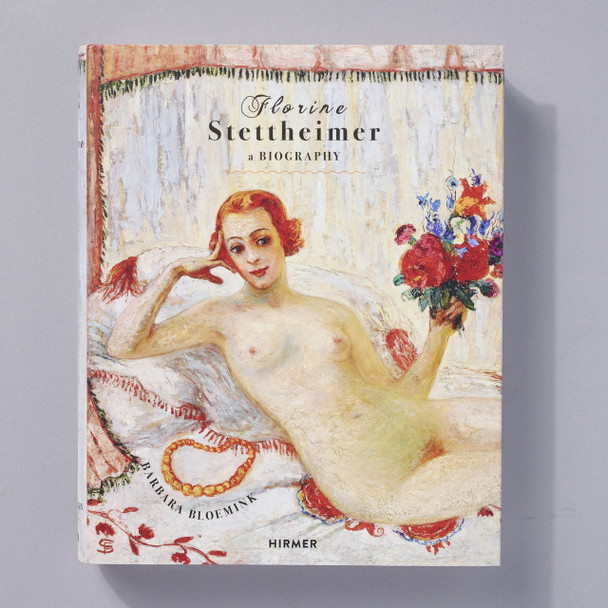 This comprehensive biography establishes Florine Stettheimer as one of the most innovative artists of the early twentieth century.

Florine Stettheimer was a feminist, multi-media artist who documented New York City’s growth as the center of cultural life, finance, and entertainment  between the World Wars. During her first forty years, spent mostly in Europe, Florine Stettheimer studied academic painting and was aware of the earliest modernist styles prior to most American artists. Returning to New York, she and her sisters led an acclaimed salon for major avant-garde cultural figures including Marcel Duchamp, the Stieglitz  circle, and numerous poets, dancers, and writers. During her life, Stettheimer showed her innovative paintings in more than forty of the most important museum exhibits and salons. She also wrote poetry, designed unique furniture, and gained international fame for the sets and costumes she created for the avant-garde opera, Four Saints in Three Acts.  Stettheimer’s work was also socially progressive: she painted several identity-issue paintings, addressing African American segregation, Jewish bigotry, fluid sexuality, and women’s new independence.

This  biography presents one of the first comprehensive readings of Stettheimer’s art. Barbara Bloemink establishes Stettheimer’s place as one of the twentieth century’s most significant and progressive artists and examines why her unique work remains relevant today.

MSRP:
Now: $450.00
Was:
Add an elegant, artful update to any space with your own masterpiece from the Philadelphia Museum of Art. This reproduction of Auguste Rodin's La Toilette de Venus beautifully demonstrates Rodin's...

MSRP:
Now: $14.00
Was:
Remember Bendel's?  With this high-quality reproduction of Florine Stettheimer's (American, 1871-1944) Spring Sale at Bendel's, you can relive the excitement of shopping there. Stettheimer took...

MSRP:
Now: $248.00
Was:
We've long been drawn to the organic quality of Sarah Richardson’s jewelry. A favorite of our museum patrons since early 2018, her designs are inspired by nature and botanicals. Using traditional wax...

MSRP:
Now: $16.95
Was:
Winsor McCay's legendary comic strip, Little Nemo in  Slumberland, has inspired today's foremost cartoonists to craft their  own dream lands. From the original broadsheet-sized edition, we...

Psychology of an Art Writer

MSRP:
Now: $12.95
Was:
Though she was widely known for her supernatural fictions, Lee hasn’t gained the recognition she so clearly deserves for her contributions in the fields of aesthetics, philosophy of empathy, and art...

MSRP:
Now: $40.00
Was:
Indispensable accessories and sought-after collectors’ items, scarves were an important innovation in twentieth-century fashion. From art deco through 1950s Hollywood, the Swinging Sixties and...

MSRP:
Now: $12.95
Was:
This delightful little book pays homage to the cat through artfully curated Japanese poetry and prints. No one captures the graces and idiosyncrasies of cats quite like the painters, printmakers,...

MSRP:
Now: $24.95
Was:
In this issue of Aperture, photographers explore the idea of cosmologies through their origins, histories, and local universes. The issue will feature a profile of Deana Lawson, whose work draws on...

MSRP:
Now: $12.99
Was:
In this 1978 Caldecott Honor Book, award-winning author and illustrator David Macaulay explores the history and construction of castles in a richly illustrated resource for curious young readers...