Lee Friedlander: The Mind And The Hand 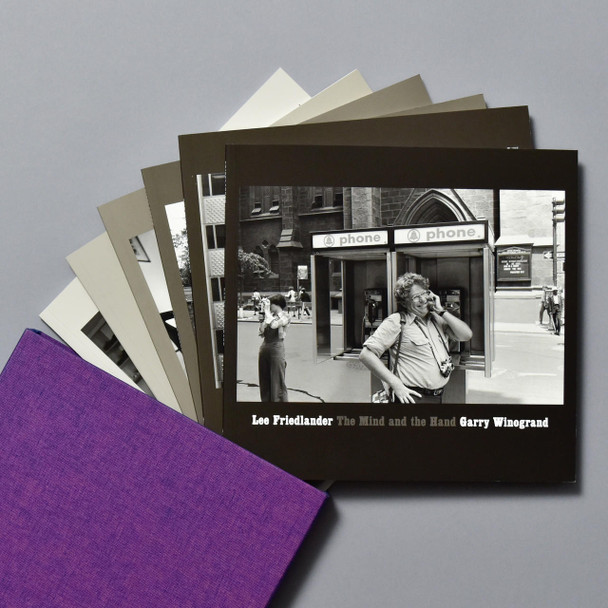 Lee Friedlander: The Mind And The Hand

Friedlander's social landscape is a who's who of postwar American photography.  In the 1960s and '70s, Lee Friedlander (born 1934) developed his signature  approach to documenting the American “social landscape”: deadpan, structurally complex black-and-white photographs of seemingly anything, anybody or anyplace that passed in front of his lens. But as he was making his name as a documentary photographer capturing the look and  feel of modern American life, he was also photographing his closest  friends, a practice he has continued throughout his long career.

A slipcased set of six paperback books, The Mind and the Hand  presents the photographer’s intimate portraits of six of his best friends taken over the past five decades. The subjects, each presented  in their own separate volume, comprise a veritable who's who of one of  America's most fertile periods in photography: Richard Benson, William  Christenberry, William Eggleston, Walker Evans, John Szarkowski and  Garry Winogrand. Each volume begins with a relevant quote from its  subject.

MSRP:
Now: $19.99
Was: $28.00
Four things to say as freely and often as possible – please, thank you, I'm sorry, I love you ♡Inspired by the Hawaiian concept of ho'oponopono, a practice of reconciliation and forgiveness. Felicia...

Richard Benson: The World Is Smarter Than You Are

MSRP:
Now: $22.50
Was: $45.00
A wide-ranging retrospective that reveals a master printer’s own photographs to be technically brilliant work of remarkable breadth and complexity.This book presents the first in-depth survey...

MSRP:
Now: $19.99
Was:
Street  photography may look like luck, but you have to get out there and hone your craft if you want to shake up those luck vibes. Matt Stuart never goes out without his trusty Leica and, in a...

In Pursuit Of History: A Lifetime Collecting Colonial American Art And Artifacts

MSRP:
Now: $44.95
Was:
While birth often brings great joy, making babies  is a knotty enterprise. The designed objects that surround us when it  comes to menstruation, birth control, conception, pregnancy,...

MSRP:
Now: $60.00
Was:
In 1939, the year before his death from a long illness and against a  backdrop of sociopolitical turmoil and the outbreak of World War II, Klee worked with a vigor and inventiveness that rivaled...

Polaroid Now: The History and Future of Polaroid Photography

MSRP:
Now: $35.00
Was:
Polaroid Now celebrates new work created by contemporary artists working with Polaroid cameras and film today, and discusses the history, and evolution of the first instant imaging camera system that...