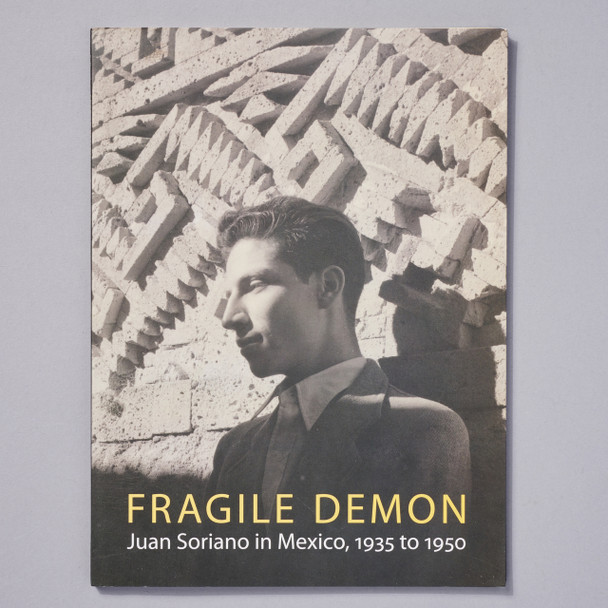 One of Mexico's most important modern artists, Juan Soriano (1920?2006) served as a link between the nationalist imagery of the Mexican muralists and the experimental vanguard of the 1950s and 1960s known as "La Ruptura". This fascinating book, which examines the earliest period of Soriano's career, is the first focused, critical study of him in English.

Opening with texts on Soriano by the artist's friends and colleagues Octavio Paz and Carlos Fuentes (appearing here for the first time in English), the book places Soriano's work within the context of Mexican painting during this vibrant and transitional moment. In his essay, Edward Sullivan examines the parallels between paintings by Soriano and those of other modernists from Europe and the United States. He also analyzes the continuity within Soriano's paintings of certain Mexican pictorial traditions while simultaneously emphasizing the importance of his conscious rejection of folkloric elements sometimes associated with Mexican modern art.

MSRP:
Now: $230.00
Was:
The Haori is a traditional Japanese kimono-like jacket. Haori do not close but are worn open or kept closed by a string that connects the lapels. This striking stencil-dyed jacket with features a...

MSRP:
Now: $20.00
Was:
Put pen to paper -- it might seem old-fashioned -- but shows you care!  The works of Alfredo Ramos Martinez, David Alfaro Siqueiros, Jose Guadalupe Posada and Nicolas Enriquez celebrate the...

MSRP:
Now: $6.00
Was: $12.00
A canonical figure in American painting, George Inness (1825-1894) is widely admired as the pioneer of the landscape aesthetic known as Tonalism, which is distinguished by soft focus and diaphanous...

Women Artists and the Surrealist Movement

MSRP:
Now: $29.95
Was:
This pioneering book stands as the most comprehensive treatment of the lives, ideas, and art works of the remarkable group of women who were an essential part of the Surrealist movement. Leonora...

MSRP:
Now: $7.50
Was: $15.00
The Ars Medica Collection at the Philadelphia Museum of Art was established in 1949 with express aim to assemble a pictorial history of medicine.  A great number of these are devoted to...

MSRP:
Now: $2.48
Was: $4.95
This book is a simple, easy-to-use commentary on nearly all the works on view in the Rodin Museum in Philadelphia.  It is written with the precision of one who is completely steeped in a great...