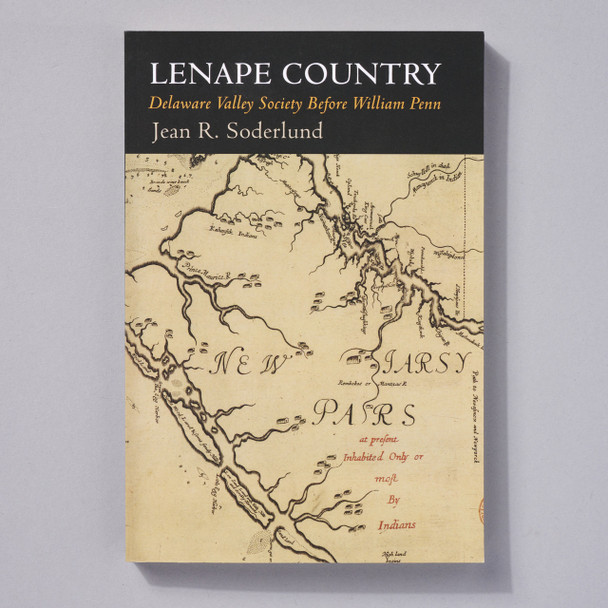 Lenape Country is a sweeping narrative history of the multiethnic society of the Delaware Valley in the seventeenth and early eighteenth centuries. After Swanendael, the Natives, Swedes, and Finns avoided war by focusing on trade and forging strategic alliances in such events as the Dutch conquest, the Mercurius affair, the Long Swede conspiracy, and  English attempts to seize land. Drawing on a wide range of sources, author Jean R. Soderlund demonstrates that the hallmarks of Delaware Valley society—commitment to personal freedom, religious liberty, peaceful resolution of conflict, and opposition to hierarchical  government—began in the Delaware Valley not with Quaker ideals or the leadership of William Penn but with the Lenape Indians, whose culture played a key role in shaping Delaware Valley society. The first comprehensive account of the Lenape Indians and their encounters with European settlers before Pennsylvania's founding, Lenape Country places Native culture at the center of this part of North America.

MSRP:
Now: $24.99
Was: $49.00
Enjoy the works of William Morris in this collection of prints.   Morris created items in a range of crafts, including over 600 designs for wall-paper, textiles, and embroideries, over 150 for...

MSRP:
Now: $26.50
Was:
In Delaware society at the beginning of this period, to be a woman meant to engage in the activities performed by women, including diplomacy, rather than to be defined by biological sex. Among the...

Barnstorming in Eastern Pennsylvania and Beyond

MSRP:
Now: $35.00
Was:
Barns are iconic features of the American landscape.  Among the wide variety of American barns, the Pennsylvania barn holds a special place in the agricultural traditions of North America...

MSRP:
Now: $28.00
Was:
Celebrate the museum while using this tote for your everyday needs!  Inspired by the Pennsylvania German culture and Philadelphia, Stephanie Harvey is having a blast making these...

MSRP:
Now: $23.99
Was:
Interested in history and traditional pioneer kitchens, early cooking  methods, and original metals used in pots during the early years of  America, Sara became obsessed with the crafts of...

MSRP:
Now: $50.00
Was:
Italian arts and culture have been a significant influence on Philadelphia dating back to Thomas Jefferson and colonial times.  Throughout the ensuing decades, Italian art and architecture...