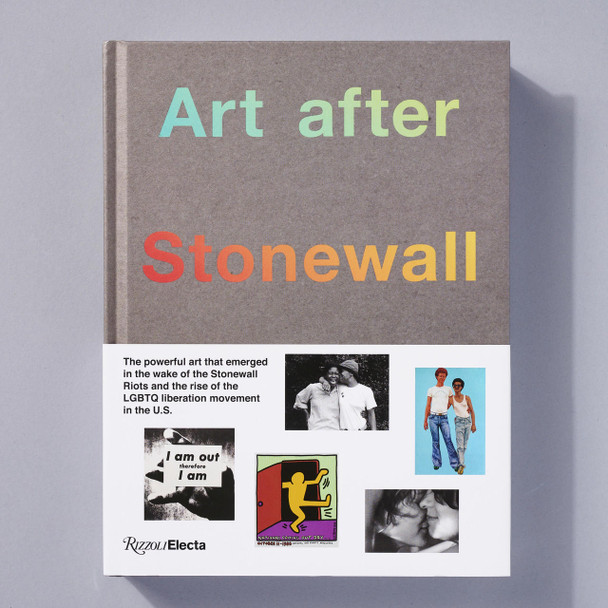 Art after Stonewall reveals the impact of the Lesbian, Gay, Bisexual, and Transgender civil rights movement on the art world. Illustrated with more than 200 works, this groundbreaking volume stands as a visual history of twenty years in American queer life. It focuses on openly LGBT artists like Nan Goldin, Harmony Hammond, Lyle Ashton Harris, Greer Lankton, Glenn Ligon, Robert Mapplethorpe, Catherine Opie, and Andy Warhol, as well as the practices of such artists as Diane Arbus, Jean-Michel Basquiat, and Karen Finley in terms of their engagement with queer subcultures.

The Stonewall Riots of June 1969 sparked the beginning of the struggle for gay and lesbian equality, and yet fifty years later, key artists who fomented the movement remain little known. This book tells the stories behind their works--which cut across media, mixing performance, photographs, painting, sculpture, film, and music with images taken from magazines, newspapers, and television.

MSRP:
Now: $16.95
Was:
Pop Art refers to a post-war movement connecting art with  popular culture. Billboard signs, comic books, and movie stars were just  some of the subjects chosen by pop artists, such as Andy...

MSRP:
Now: $16.95
Was:
Street art is a phenomenon and subculture movement that reaches from the darkest urban backstreets to the most glamorous international art  fairs. Despite having earned a place in the canon of...

Greber The Kiss after Rodin Tile by The Painted Lily

MSRP:
Now: $80.00
Was:
Countless global brands, including Rolex, BMW, Louis Vuitton, and the New York Yankees, still use logos that were designed over 100 years ago. Yet there has never been a monograph devoted to the...

MSRP:
Now: $45.00
Was:
Pioneering Pakistani American artist Shahzia Sikander is one of the most influential artists working today. Sikander is widely celebrated for expanding and subverting miniature painting to explore...

MSRP:
Now: $19.95
Was:
The remarkable story of how Gilbert Baker and his friends created the iconic Rainbow Flag in 1978 Flags are brilliant and clever works of art and design, and they bring people together under a...

MSRP:
Now: $40.00
Was:
Indispensable accessories and sought-after collectors’ items, scarves were an important innovation in twentieth-century fashion. From art deco through 1950s Hollywood, the Swinging Sixties and...

Maus II: A Survivor's Tale And Here My Troubles Began

Fine: A Comic About Gender

MSRP:
Now: $21.00
Was:
As graphic artist Rhea Ewing neared college graduation in 2012, they became consumed by the question: What is gender? This obsession sparked a quest in which they eagerly approached both friends and...