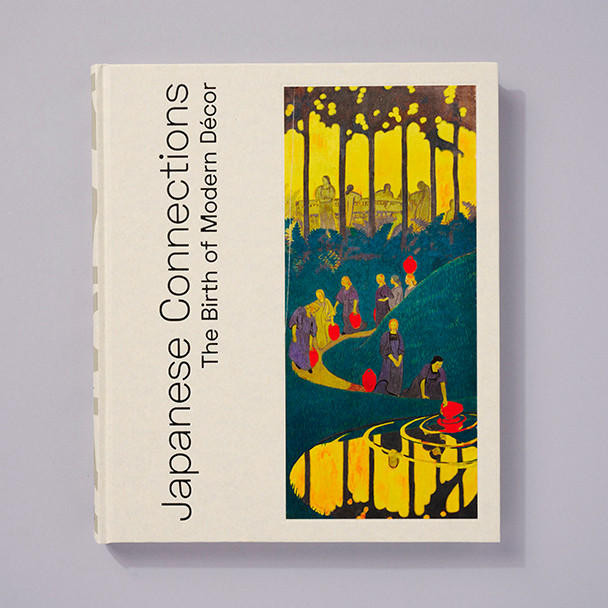 Starting in the 1860s, a partiality for Japanese culture emerged in France, followed by England, which was to continue for almost 50 years. Giving rise to the fashion for “Japonisme,” it followed on from the taste for “chinoiserie” that was in vogue in the courts of Europe at the end of the 18th century, and that had fascinated several generations of Romantic artists during the first half of the 19th century. Most of the innovative artists collected these prints and were influenced by the themes specific to ukiyo-e, such as the seasons and climatic conditions. Hokusai, Hiroshige and Utamaro, woodblock print artists who were little thought of in Japan due to the “lightness” of their works, were considered masters in France. Their influence, combined with that of photography and scientific discoveries relating to matter, had a profound effect on how the world and academic certainties based on unchanging principles were viewed. The aesthetic revolution initiated by the Impressionists was pursued by artists such as Van Gogh and Gauguin, who both succumbed to the appeal of Japonisme and took up the formal simplification and bright colors of woodblock prints. The artistic exploration of such artists was to lead to the overturning of visual representation, of which the Nabis were direct heirs.

MSRP:
Now: $25.00
Was:
Most art historians agree that the modern art adventure first  developed in the 1860s in Paris. A circle of painters, whom we now know  as Impressionists, began painting pictures with...

MSRP:
Now: $29.00
Was:
Celebrate the museum's Pennsylvania German Fraktur Collection on your walls with these archival posters.  Fraktur is a Germanic tradition of decorated manuscripts and printed documents noted for...

MSRP:
Now: $9.00
Was:
Hold you place even if the story might be a page turner with our museum exclusive bookmark.   This bookmark is a detail of a Pennsylvania German Fraktur birth certificate from the museum's...

MSRP:
Now: $69.95
Was:
Painting has long been the most prized medium in art, as revealed by exhibitions, scholarship, and the art market, yet for centuries, women painters have been chronically overlooked and undervalued...

MSRP:
Now: $30.00
Was:
Sonia Delaunay was a true pioneer of modernist abstraction; breaking with the figurative vocabulary that subordinated color to subject matter, she placed dynamic color interaction at the core of her...

MSRP:
Now: $65.00
Was:
The definitive volume on the ever-evolving and shape-shifting work of the Chicago-based artist, Nick Cave: Forothermore highlights the way Cave’s practice has shifted and continues to shift in...

MSRP:
Now: $60.00
Was:
Art exists all around us: one just needs to know where to look. Escaping  the conventional settings of the museum or gallery, a fascinating variety of art pieces exist everywhere from Ghanaian...

Wild Things Are Happening: The Art of Maurice Sendak

MSRP:
Now: $55.00
Was:
The most comprehensive survey of the work of Maurice Sendak, the most celebrated picture book artist of all time—with previously unpublished archival materials. Published in conjunction with the...

MSRP:
Now: $64.95
Was:
Life Meets Art is a fascinating collection of 250 extraordinary interiors that are the private homes and studios of the world's most creative people - past and present. The book takes you inside the...