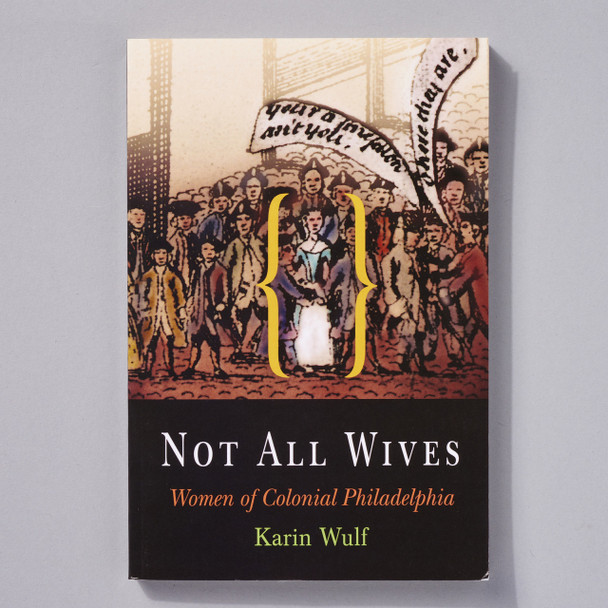 Marital status was a fundamental legal and cultural feature of women's identity in the eighteenth century. Free women who were not married could own property and make wills, contracts, and court appearances,  rights that the law of coverture prevented their married sisters from enjoying. Karin Wulf explores the significance of marital status in this account of unmarried women in Philadelphia, the largest city in the British colonies. In a major act of historical reconstruction,  Wulf draws upon sources ranging from tax lists, censuses, poor relief records, and wills to almanacs, newspapers, correspondence, and poetry  in order to recreate the daily experiences of women who were  never-married, widowed, divorced, or separated. With its substantial  population of unmarried women, eighteenth-century Philadelphia was much  like other early modern cities, but it became a distinctive proving ground for cultural debate and social experimentation involving those women. Arguing that unmarried women shaped the city as much as it shaped them, Wulf examines popular literary representations of marriage, the economic hardships faced by women, and the decisive impact of a newly  masculine public culture in the late colonial period.

All the Birds in the World

MSRP:
Now: $16.99
Was:
Take a beautifully illustrated journey -- with an adorable kiwi bird  as your guide -- through the vast and colorful world of birds, with its  tapestry of textures, sounds, and sights...

All the Colors I See

MSRP:
Now: $19.95
Was:
The world is filled with many colors—just look around and see!  Would you like to come on an exciting, colorful journey with me?  From  the soft green grass to the glistening sapphire,...

All the Ways to be Smart

MSRP:
Now: $17.99
Was:
Celebrates the myriad ways for kids to be smart—being empathic, artistic, athletic, and inquisitive.  A tender, funny, and exquisitely illustrated picture book celebrating all the unique and...

MSRP:
Now: $32.50
Was:
Interested in history and traditional pioneer kitchens, early cooking  methods, and original metals used in pots during the early years of  America, Sara became obsessed with the crafts of...

Barnstorming in Eastern Pennsylvania and Beyond

MSRP:
Now: $35.00
Was:
Barns are iconic features of the American landscape.  Among the wide variety of American barns, the Pennsylvania barn holds a special place in the agricultural traditions of North America...

MSRP:
Now: $26.50
Was:
In Delaware society at the beginning of this period, to be a woman meant to engage in the activities performed by women, including diplomacy, rather than to be defined by biological sex. Among the...

MSRP:
Now: $36.00
Was:
This set of notecards created by Nicole Duquette is inspired by folk art and the Pennsylvania Dutch hex sign symbolism.  These designs are a nod to the historical context with a modern spin and...

MSRP:
Now: $125.00
Was:
Liamolly is located in the Catskill mountains in Upstate NY in an old general store/post office. Named after the maker's son Liam and daughter Molly, the collection of modern jacquard knitted wraps...

How We Stay Free: Notes on A Black Uprising

MSRP:
Now: $18.00
Was:
Drawing on the conceptual anchors of the Black Radical Tradition, How We Stay Free produces a Philly-driven literary mixtape/anthology-in-action. The national protests sparked by the murder of...