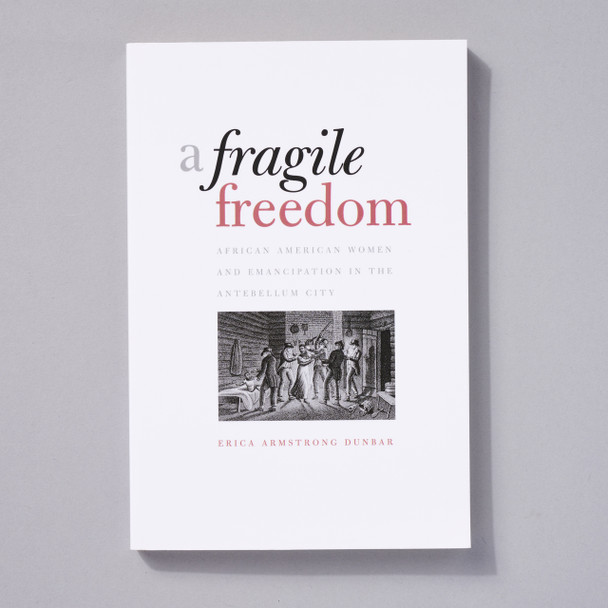 This book is the first to chronicle the lives of African American women in the urban north during the early years of the republic. A Fragile Freedom  investigates how African American women in Philadelphia journeyed from enslavement to the precarious status of “free persons” in the decades  leading up to the Civil War and examines comparable developments in the cities of New York and Boston. Erica Armstrong Dunbar argues that early nineteenth-century Philadelphia, where most African Americans were free, enacted a kind of rehearsal for the national emancipation that followed in the post–Civil War years. She explores the  lives of the “regular” women of antebellum Philadelphia, the free black institutions that took root there, and the previously unrecognized  importance of African American women to the history of American cities.

MSRP:
Now: $450.00
Was:
Add an elegant, artful update to any space with your own masterpiece from the Philadelphia Museum of Art. This reproduction of Auguste Rodin's La Toilette de Venus beautifully demonstrates Rodin's...

MSRP:
Now: $248.00
Was:
We've long been drawn to the organic quality of Sarah Richardson’s jewelry. A favorite of our museum patrons since early 2018, her designs are inspired by nature and botanicals. Using traditional wax...

Craft and the Makers

MSRP:
Now: $65.00
Was:
Duncan Campbell and Charlotte Rey met in Paris while working together on Acne Paper. As a natural evolution of their widely respected work for this award-winning fashion publication, they were asked...

Maus II: A Survivor's Tale And Here My Troubles Began

MSRP:
Now: $75.00
Was:
The catalogue for the exhibition at Punta della Dogana.  The show in Venice will present two major works jointly owned by the Philadelphia Museum of Art and Pinault Collection (Contrapposto...

Sophie Taeuber-Arp: A life Through Art

MSRP:
Now: $39.95
Was:
An  intimate look at the life and career of the Dada hero known for the  unique joy of her work across mediums, authored by her great-niece and  buttressed with archival material...

New Beauty: A Modern Look at Beauty, Culture and Fashion

MSRP:
Now: $60.00
Was:
In recent years, the beauty industry has shifted the conversation towards the individual in a way it hasn’t done before. While people, and women in particular, have historically been enticed into...