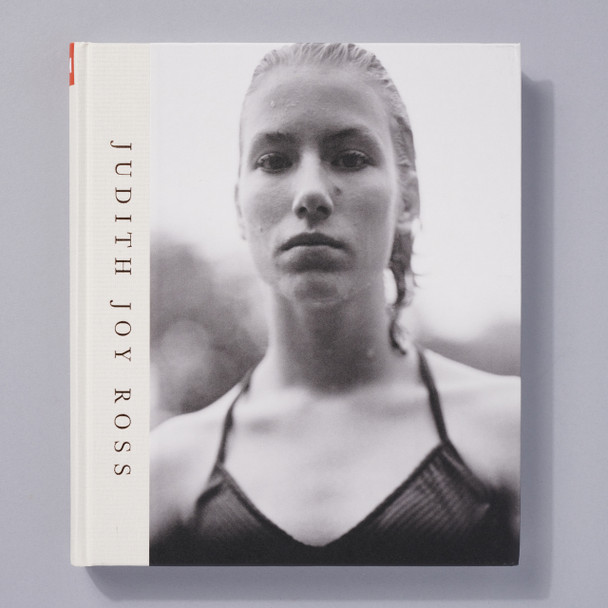 Judith Joy Ross: Photographs 1978–2015 is an illuminating retrospective that explores the life and career of a revered American photographer, illustrated by two hundred of her images, many never before seen or published.

The work of Judith Joy Ross marks a watershed in the lineage of the photographic portrait. Her pictures—unpretentious, quietly penetrating, startling in their transparency—consistently achieve the capacity to glimpse the past, present, and perhaps even the future of the individuals who stand before her lens. Adolescents swim at a local municipal park, ordinary people are at work and play. From immigrants and refugees, to tech workers and students, military reservists and civilians—all are incisively rendered with equal tenderness in Ross’s black-and-white, large-format portraits.

Published alongside the largest exhibition to feature Ross’s work to date, and drawn from her extensive archive of photographs made over the span of more than thirty-five years, Judith Joy Ross: Photographs 1978–2015 encompasses the best work of this influential photographer.

Judith Joy Ross (born in Hazleton, Pennsylvania, 1946) studied photography under Aaron Siskind at the Institute of Design in Chicago in the 1960s. Her work was first acquired by the Museum of Modern Art, New York, in 1984, and was included in John Szarkowski's landmark 1990 MoMA survey, Photography until Now. Ross's work is now held in public and private collections around the world, and she has received numerous awards, including the 2017 Lucie Award for Achievement in Portraiture. She has published seven monographs.

Joel Meyerowitz: How I Make Photographs

MSRP:
Now: $19.99
Was:
The 'Masters of Photography' series is a new approach to photography how-to. Each volume is dedicated to the work of one key photographer who, through a series of bite-sized lessons and ideas, tells...

MSRP:
Now: $49.95
Was:
Infographics provide graphic visual representations of information or knowledge intended to present data quickly and concisely to a broad swath of users of different skills, abilities and backgrounds...

MSRP:
Now: $39.95
Was:
The Bauhaus, the school of art and design founded in Germany in 1919 and shut down by the Nazis in 1933, brought together artists, architects and designers—among them Anni and Josef Albers, Herbert...

Last Knight the Art, Armor and Ambition of Maximilian I

MSRP:
Now: $45.00
Was:
This feminist retelling of the history of photography puts women in the picture—and, more importantly, behind the camera! In ten thematic, chronological sections, Tate Modern curator Emma Lewis...

Sophie Taeuber-Arp: A life Through Art

MSRP:
Now: $39.95
Was:
An  intimate look at the life and career of the Dada hero known for the  unique joy of her work across mediums, authored by her great-niece and  buttressed with archival material...