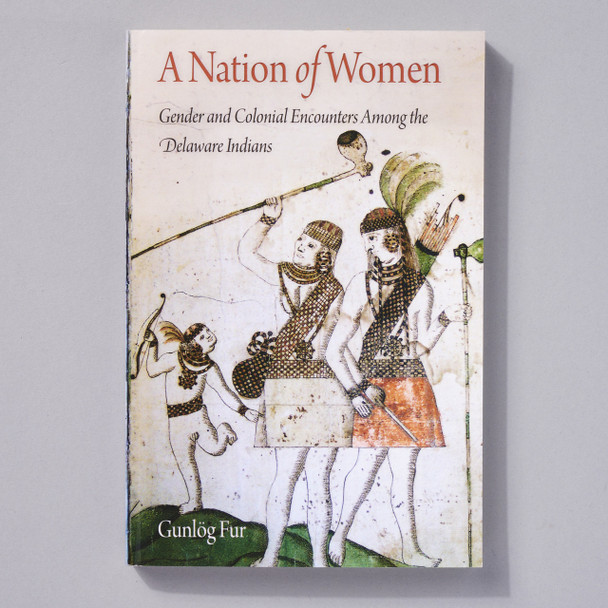 In Delaware society at the beginning of this period, to be a woman meant to engage in the activities performed by women, including diplomacy, rather than to be defined by biological sex. Among the Delaware, being a "woman" was therefore a self-identification, employed  by both women and men, that reflected the complementary roles of both  sexes within Delaware society. For these reasons, the Delaware were known among Europeans and other Native American groups as "a nation of  women."

Decades of interaction with these other cultures gradually eroded the positive connotations of being a nation of women as well as the importance of actual women in Delaware society. In Anglo-Indian politics, being depicted as a woman suggested weakness and evil. Exposed to such thinking, Delaware men struggled successfully to assume the formal speaking roles and political authority that women once held. To salvage some sense of gender complementarity in Delaware society, men and women redrew the lines of their duties more rigidly. As the era came to a close, even as some Delaware engaged in a renewal of Delaware  identity as a masculine nation, others rejected involvement in Christian networks that threatened to disturb the already precarious gender balance in their social relations.

MSRP:
Now: $16.95
Was:
By Flavia Frigeri In 1971, in an essay that has now become one of the touchstones of feminist art history, Linda Nochlin raised the question heard round the world: “Why have there been no great women...

MSRP:
Now: $50.00
Was:
A visual and global chronicle of the triumphs, challenges, and impact of over 100 women in architecture, from early practitioners to contemporary leaders. Marion Mahony Griffin passed the...

Women Artists and the Surrealist Movement

MSRP:
Now: $29.95
Was:
This pioneering book stands as the most comprehensive treatment of the lives, ideas, and art works of the remarkable group of women who were an essential part of the Surrealist movement. Leonora...

MSRP:
Now: $69.95
Was:
Painting has long been the most prized medium in art, as revealed by exhibitions, scholarship, and the art market, yet for centuries, women painters have been chronically overlooked and undervalued...

MSRP:
Now: $36.00
Was:
Let the Sunshine in! From our museum collection, this quilt design contains almost four thousand diamond-shaped pieces, each about four inches long, that were first basted to a paper template to...

MSRP:
Now: $26.50
Was:
Lenape Country is a sweeping narrative history of the multiethnic society of the Delaware Valley in the seventeenth and early eighteenth centuries. After Swanendael, the Natives, Swedes, and Finns...

MSRP:
Now: $12.00
Was:
Wear this Hex enamel pins to scare away witches, demons and thieves!  Hex signs are a form of Pennsylvania Dutch folk art, related to Fraktur, found in the Fancy Dutch tradition in Pennsylvania...